Please ensure that your have javascript enabled in your browser in order to purchase from us. Thank you!

PostSecular: Science, Humanism and the Future of Faith 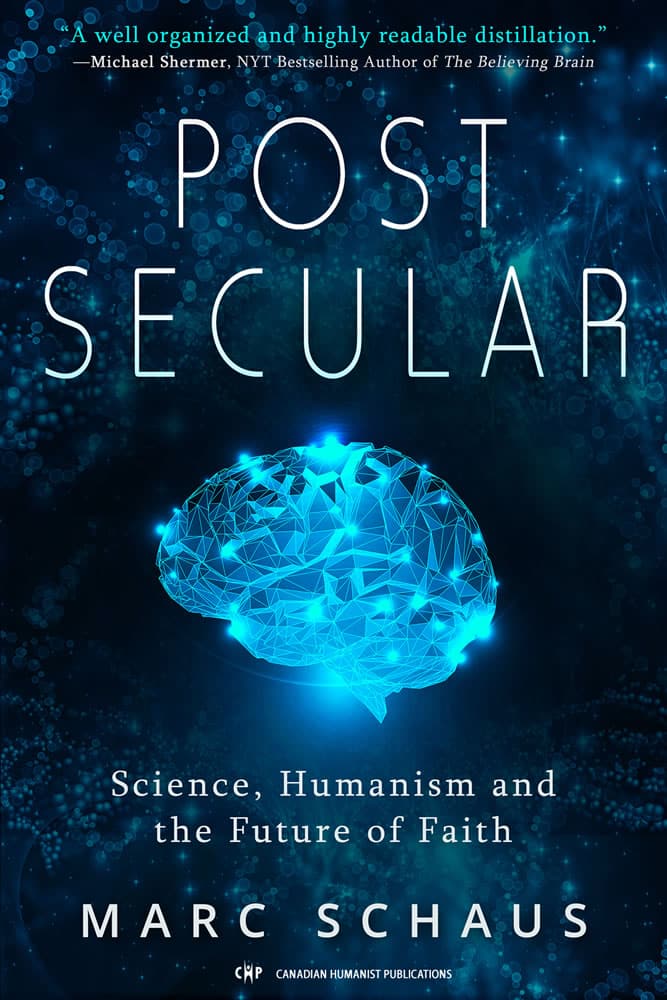 How modern life has transformed major faiths worldwide in the twenty-first century – and what breaking new research in neuroscience, human genetics and the socioeconomic trends of today can tell us about upcoming spiritual beliefs of the future.

Ultimately, the "future" of religion is approaching far more quickly than many of us think. The greatest mysteries of life – who we are, how life began, the nature of existence and more – are fast losing their traditional power to support supernatural faith. Human evolution, brain function and the nature of physical reality will soon be considered common knowledge in more parts of the world than ever before. Today's hyper-connected, science-heavy, internet-of-everything transition will forever change our species and the way we see ourselves in the cosmos. This book offers a vision of that future. Readers of Post Secular will explore the ongoing dilution of supernaturalism around the world; a process completely changing what we currently call secular. Join Marc Schaus on an exploration of this change toward next-gen spirituality and how "religion" will function when living the secular life becomes the new normal.

"Anyone entering the literature for the first time on why people believe in God, commit to religion, and rely on faith can be forgiven for feeling overwhelmed in a miasma of ideas, hypotheses, theories, and just-so stories, and this is just from a secular and scientific perspective. Marc Schaus's well-organized and highly readable distillation of this literature, Post Secular, gives readers an important overview of what we know today about these vital matters of the human condition.”

Each of the books listed below can be obtained by e-mailing your address to manager@humanistperspectives.org, and it will be mailed to you together with an invoice (US checks are accepted). Or you can purchase them with your credit card by using PayPal’s shopping cart below.

The Road Not Travelled

The Road to Reason

Church and State in Canada

Satellites Out of Orbit

The Road Not Travelled:
How the Democracy, Science and Humanism of the Greeks was Suppressed by the Early Christian Church and How That Obstructed the Progress of Humanity 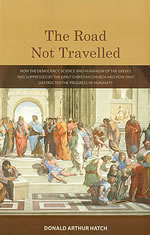 The Road Not Travelled is a concise informative book. The author, Donald Hatch, has packed each page with knowledge, and thoughtful comments about our past and the emerging of a hopeful future as we proceed from the path of religious superstition and supernaturalism into a more enlightened time. Hatch describes the road not travelled as one that will re-emerge from the early Greek philosophers which had powerful influences in Renaissance thought and later in the Enlightenment of the seventeenth century. As the powerful grip of religious domination lessens in our time, humanists can look forward with hope to renewed enlightenment led by science and reason. This is a book that should be read by secular thinkers, but it will also help religious thinkers understand and question their present practices. I hope it will be read by both.

Donald Hatch has packed each page with knowledge and with thoughtful comments about our past and about the emergence of a hopeful future as we proceed from the path of religious superstition and supernaturalism into a more enlightened time.
— Goldwin Emerson, Ph.D.

The Road to Reason:
Landmarks in the Evolution of Humanist Thought 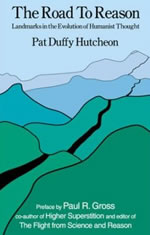 Dr Pat Duffy Hutcheon, a sociologist, clarifies the nature and origin of evolutionary naturalism as a necessary component of modern humanism. Her latest book presents the ideas of some of the most prominent thinkers who have contributed to the evolving philosophy of humanism over the centuries. This is the naturalistic view of human existence, in contrast to the supernatural.

In these essays, Pat Duffy Hutcheon has clearly undertaken to prepare for intelligent adults what is effectively a course of study of the core of humanism.
— Paul R Gross
University Professor of Life Sciences Emeritus, University of Virginia
A much needed and most welcome resource for any thoughtful person who wants to better appreciate the naturalistic view of human existence rather than the supernatural or mystical approaches that so regrettably dominate the current scene.
— Theo Meijer
Past President, British Columbia Humanist Association
If this book could be read by all college students – and a good many teachers – it would make up for some of the sad deficit in what currently passes for education.
— Robin Fox
University Professor of Social Theory , Rutgers University
Return to top

REASON WITH COMPASSION; The Humanist Way 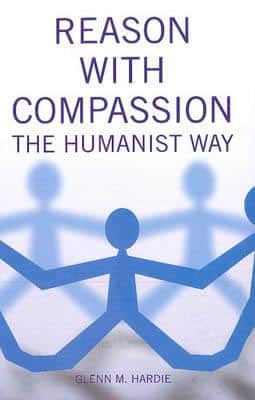 
This book has been written as a kind of primer in humanistic thought for the benefit of others who, like myself, are not profound scholars of philosophy or religion.
— Glenn Hardie

The book reviews the essential ideas of Humanism, its origins and sources and then moves on to different aspects of morality, emphasizing that it must be grounded in experience to have validity. One of the strengths of the book is that it uses point-by-point summaries, which are easy to review. Another is that it is replete with references and suggestions for further reading. It deserves a prominent place on the bookshelves of anyone with an interest in modern Humanism.
— Theo Meijer
Return to top

books by other publishers

The books we distribute are available in a variety of topics, including: humanism; philosophy; religion; ethics; freethought; and the sciences, both physical and social.

LONELY TRAIL: The Life Journey of a Freethinker 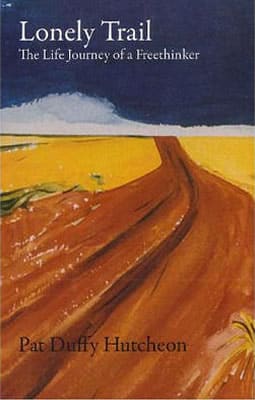 
The economic Depression between 1929 and 1939 was world-wide, but few even in Canada were aware of the depth of its brutality among the farmers in the prairie provinces. Even in the prairie cities there was partial blindness, partly because urban dwellers were having their own difficulties with the dwindling job market and the influx of 'hoboes' who rode the rails from Newfoundland to Victoria searching for work. Pat Duffy Hutcheon's recounting of it, through the eyes of a child, brought it home to me as nothing else I've read has been able to do.
— Blanche Howard

From the litle one-room prairie school-house to the Olympus of intellect; from the 'dirty thirties' poverty of the Alberta prairie to the relative affluence of 21st century Vancouver; from a secular family background to evolutionary naturalism; from female academic exclusion to feminist assertion; from pre-WWII western Canada to post-war global transformation, Pat Duffy Hutcheon, with a rich multi-ethnic heritage, has lived a rewarding life, here warmly remembered.
— Wilson Dillon, MD

on the subject of humanism 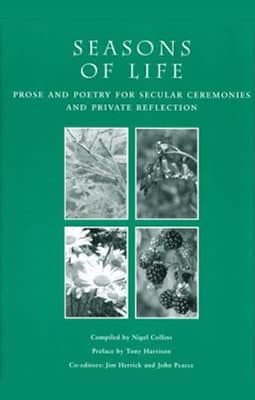 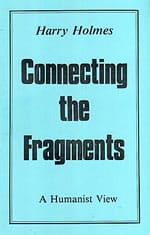 This selection of poetry and prose is an attempt to indicate a humanist attitude to life – a humanist mood. The fragments of human experience expressed in this book enshrine our values, our ideals and our hard-won insights, and they illuminate the path to human fulfilment on earth – the path of tolerance, of sympathy and understanding, of gentleness and of affection. 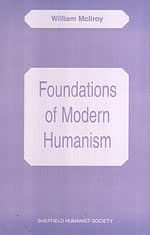 This pamphlet on the history of secular humanism by William McIlroy, former editor of The Freethinker, tells briefly about leading freethinkers in the late 18th and 19th centuries in Britain such as Tom Paine, Charles Bradlaugh, Richard Carlile, and Annie Besant. They fought the social injustices of their time, working for freedom of expression, right to birth control, and secular education, and set the stage for today’s humanism.

on the subject of religion

Challenging the Verdict:
A Cross-Examination of Lee Strobel’s The Case for Christ 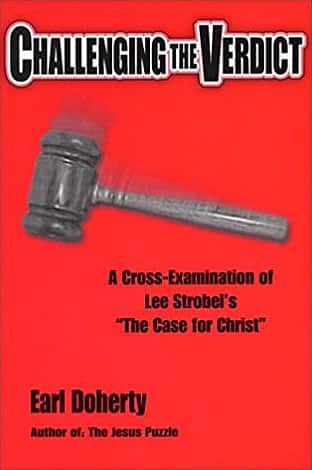 By the author of The Jesus Puzzle, this is a dramatic critique of a popular defense of the Gospels. Creating a courtroom scene, Doherty dialogues with statements made by Strobel’s scholarly witnesses. He challenges and refutes their misreading of evidence, fallacious reasoning, and self-serving conclusions, offering his own more rational analysis of the Christian record.

Church and State in Canada 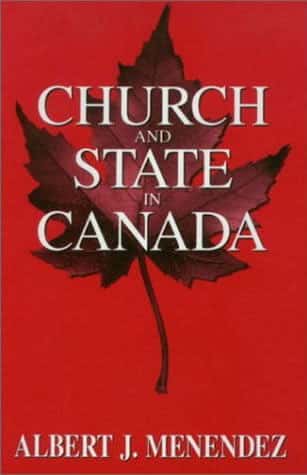 Religion’s impact on education, law, and politics is the primary focus of this study. Where possible, comparisons between the USA and Canadian experiences are discussed by the American author so readers can observe how two great democracies have approached the interaction between church and state. Much of the data is not widely known to Canadians.

Satellites Out of Orbit 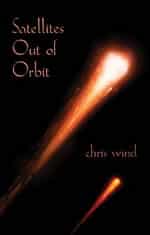 Fictional, imaginative accounts portraying various classic characters, mainly women, and events from the past — from the Bible, myths, literature and history. With an ‘individual’ feminist perspective, the author writes what she thinks “the characters should’ve said” under their circumstances.

on the sciences — both physical & social 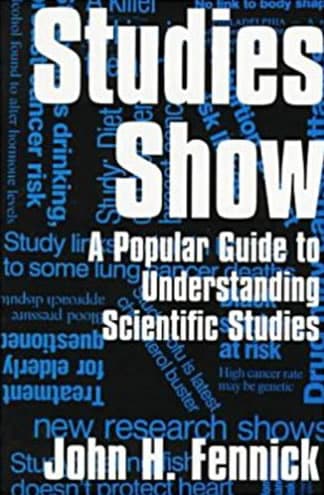